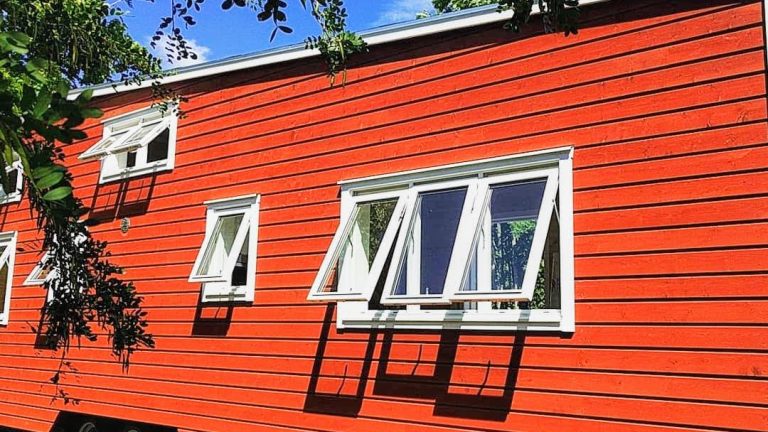 It might seem like a contradiction but let me tell you: living in a tiny house makes me (want to) be outside a lot more. And it was actually one of the reasons we decided to build a tiny house.

The fact that the house cannot hold us in for very long might be considered a bad thing in every normal house. But it’s what we wanted for the tiny house. And now we have the opportunity and necessity to look outside and to remind us of the endless space outside. And it’s a good thing to keep in mind that inside space is precious while outside space is the norm.

We already spent a lot of time outside in our previous homes but it was more on weekends only. We wanted to make it a permanent thing. So, we moved into a tiny house.

Let me explain how the two work together.

Inside space is limited

There, I said it, space inside a tiny house is limited.

Although we have everything we want in our tiny house it can get cramped inside. I got that feeling inside a normal house as well so it’s nothing new to me but now it’s much easier to do something about it.

There are multiple occasions during the day when the inside is just too small and I move outside. My fitness regime, for example, forces me to explore other spaces. I do HIIT which means a lot of jumping and bouncing around and weightlifting. And that is just not possible inside the house. Okay, truth be told, I have exercised inside when it was too cold to go elsewhere but doing burpees next to the cat food is just not that great. Yet alone, no one else can move around when I do. So, I cleared myself a space in our communal barn and stretch my muscles there.

Another moment that makes me open the door is when we try to have more than one activity going. For example, when I cook and the kids want to build their train track. That’s just not possible. So I usually send the kids outside. Or I stop working in the kitchen, take a cup of tea and go and sit under a tree.

But, I also have to point out that we haven’t gotten a typical case of cabin fever yet. We respect each other person’s privacy and move to a different part of the house if need be. We all have to make compromises.

I know that although a tiny house can force anyone to leave if the space outside the door is not appealing, it can be tough to do. We are very lucky at the moment, I know that too. Nevertheless, we wouldn’t be where we are if it wasn’t for the tiny house.

Our current parking spot is in rural Sweden with very few cars around, forests close by, a dirt road perfect for walking just outside, and a large property to work on. And we make use of that location a lot. My son rides his bike around, my daughter is learning how to get going on her balance bike, and my husband and I build a lot of stuff and enjoy gardening. We all have our separate reasons to go outside but they all have to do with the spot we’re in. It’s just nice to be outside.

In the beginning, I thought we wouldn’t care as much about where we’re parked but it has proven to make a huge difference. Just the fact that we have physical freedom to roam outside allows us to enjoy our house inside. There is no restriction to being outside, not even in the snow or dark. We are in a safe place without dangerous animals (or people for that matter). I don’t have to worry when I open the door.

Because we got to design our tiny house the way we wanted and needed it, it incorporates the outside world into the inside one. We have large windows, overlooking the fields by our house. We choose the windows on purpose to remind us of the outside world. There is no area of the house that doesn’t get any direct sunlight during the day.

And then there is the aspect of being closer to the weather as well. It’s not something to talk about lightly though. The tiny house has thinner walls than a house in our current climate. So, we experience temperature drops or increases very differently and we have to keep the weather in mind.

Living in a tiny house almost automatically means to be outside a lot more. And I begin to have trouble imagining what it’s like to live inside. What was it like when I just opened the door into the garage to get to the car rather than to walk across a muddy driveway? 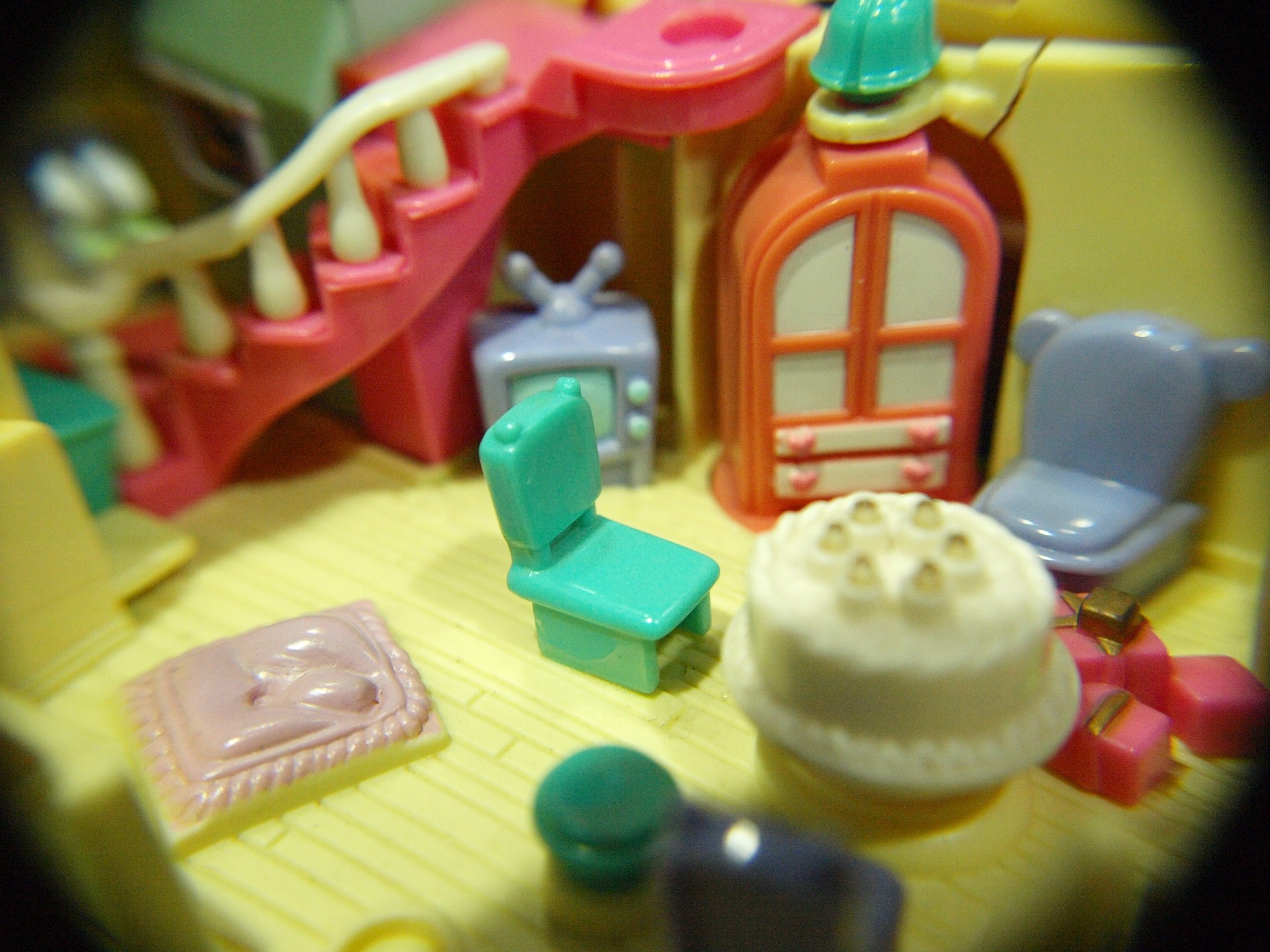 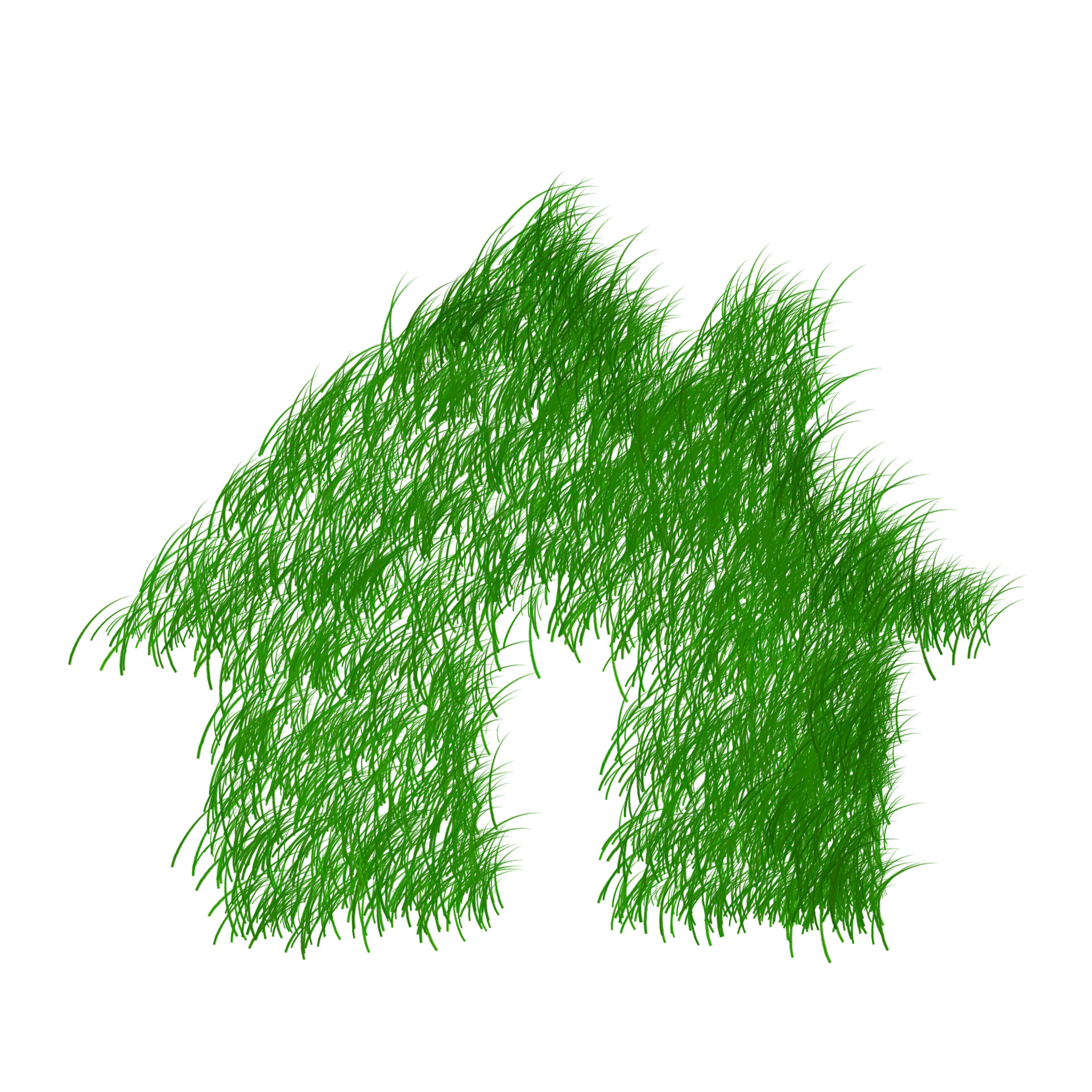 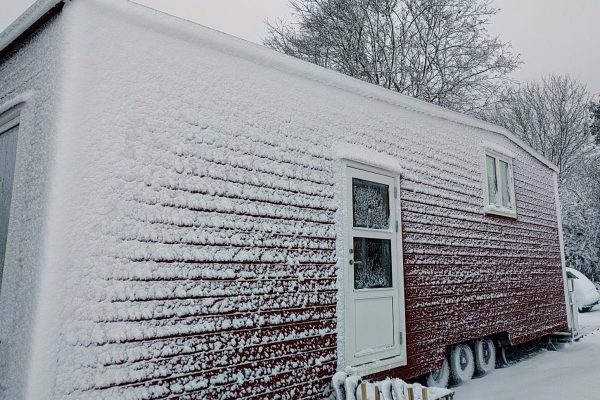